Draft invoices as they are now can make weird situations like this:

How to fix? Imho, draft should have a date but not sequence, and both of them should be confirmed (date by “today” ath the moment and sequence with the next available one) when change to next status (sent).

Also this way can be think as a formal document. Now its just to be for internal use, never intended to deliver to customer, but with this changes, draft becomes a Pro Forma, which is requested for some customers (specially if they ask credits or grants). Basically is the same as a quote, but with different name.

Another thing is to link quotes to invoices (even show the field), so from the invoice can easily get back to initial quote. But maybe this one deserves a different thread.

I’m testing InvoicePlane right now but I still use Group-Office with its proprietary billing module. I create invoices (as drafts without invoice numbers) when our customers accept an offer. So the draft has no invoice number for several days – from day one until the products are ready for shipment. Not till then I change the status so that the invoice gets a number.

As it is now in InvoicePlane I can’t decide when to write an invoice – I always have to write it on the day of shipment. I’d like to have the freedom to write invoices whenever I want without messing up the sequence.

Invoice drafts shouldn’t have date, sequence, and should come with a different template preview (and some users can
use them as pro-forma). This way the moment a draft becomes a real invoice is when gets date and number, respecting the correct order.

Also could add a new state in invoice, which could be “Done” as it’s done but not send or paid yet.

The options for invoice should be appear after validating Draft into Invoice (url should be the same tho, as it’s the same document in a different state). Also the template should be different, as no need to show as many fields as the invoice. 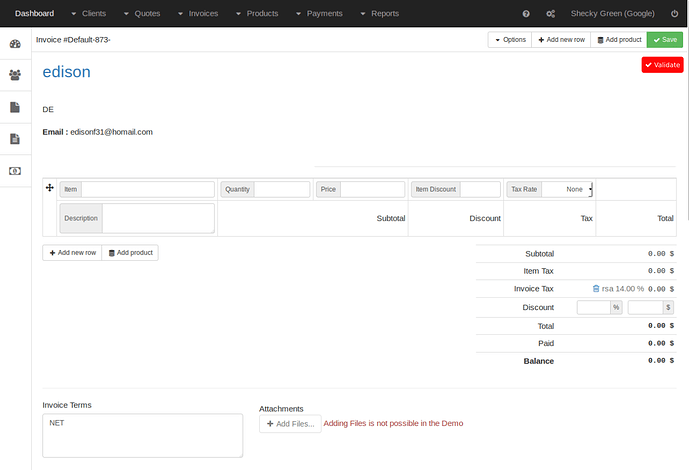 Maybe some warning as it’s draft invoice should be useful also. 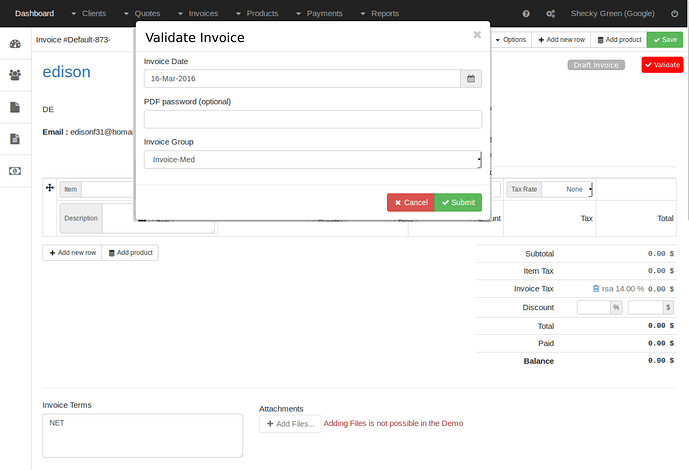