At the moment I’m stuck with the development of the next major version of the app: InvoicePlane v2. The main problem is that a fellow developer got a new job and does not have much time. So I’m pretty “lost” with the development but I have a lot of other things to do like the community support, managing the pull requests, improving the app and working on the website, wiki etc.

Edit: moved the discussion to this new topic.

That’s bad. It’s amazing how this community is growing up and how many improvements is getting the software.

Maybe is it time to try to recruit some open source developers through forums and social media?

I’d go by writing an article, landing page or whatever, talking about what is, what is supposed to be and what do you need, and then try to reach as many communities as possible to get that message. (if it’s good, Reddit should be the biggest plattform to “spread” the message).

Considering this program can be the only and best suite of opensource ‘simple’ invoicing software, community driven and with clear goals to improve and add new features, I think it shouldnt’ be difficult to attract new developers.

Kovah, i would like to help you. Also i think reddit and maybe kickstarter.com can help spreading the word. Let me think about it how i can support you.

Yes I’ll make a plan for this in the next days after I finished the design handbook.

@NiguelBois You can start helping by spread the word about InvoicePlane. I’ll write an article in the next days about the current development situation (and that we’re “hiring”) here and you could link to that.

That’s a good idea @NiguelBois!!!, crowdfunding could be a great chance to boost development, even hiring one or two developers full time. Take a look at this: 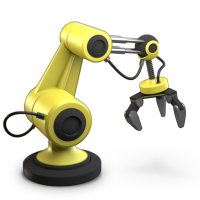 Builder, An IDE of our GNOME

Let's make it easy to create software for GNOME! | Check out 'Builder, An IDE of our GNOME' on Indiegogo.

With the right message in the right moment and getting the right people, everything is possible.

The key is make a perfect definition, with a clear goals and roles of the donators with quantities.

If you go for crowdfunding, I’d say make it big, try to reach as many features as you can imagine and mark them as goals. Considering what’s ouside, as i said before, I think paypanther should be a good mirror to look into.

I feel you. We will find a way round it surely.

I will surely do that. My PHP is gone rusty, maybe i can also help with requirements and goals.

I’d suggest going more for opensource solutions rather than licensed ones. Maybe Pencil is not as good as Balsamic (I don’t know for real actually), but it’s open source (which we should promote) and multiplatform. Don’t understimate Linux user (I am). We can of feel a little bit “excluded” when some open source projects recommend tools that just work on Windows and/or Mac.

Same thing with PHP Editor. I’m not developer, but I’m sure should be enough with tools like Eclipe or Atom to fulfill most of the requeriments.

The thing is that I actually provide licenses which we got for free but every developer can choose his own tools. I don’t force anybody to use any apps.
I use PhpStorm and Mockups because I like them and if the companies like Jetbrains support us with a license - why not.

As long as we are just a smaller project I don’t care which tools are used to develop the app as long as the results are satisfying.

I understand you. Of course everyone is free to use the tools they want.

I was just suggesting if the intention is to extend the community and bring open source developers, most of them would feel more comfortable if the recommended tools are Linux compatible and open source (as I do).

I worked with small (and not so small) communities before, and tiny detail like this could make the difference.